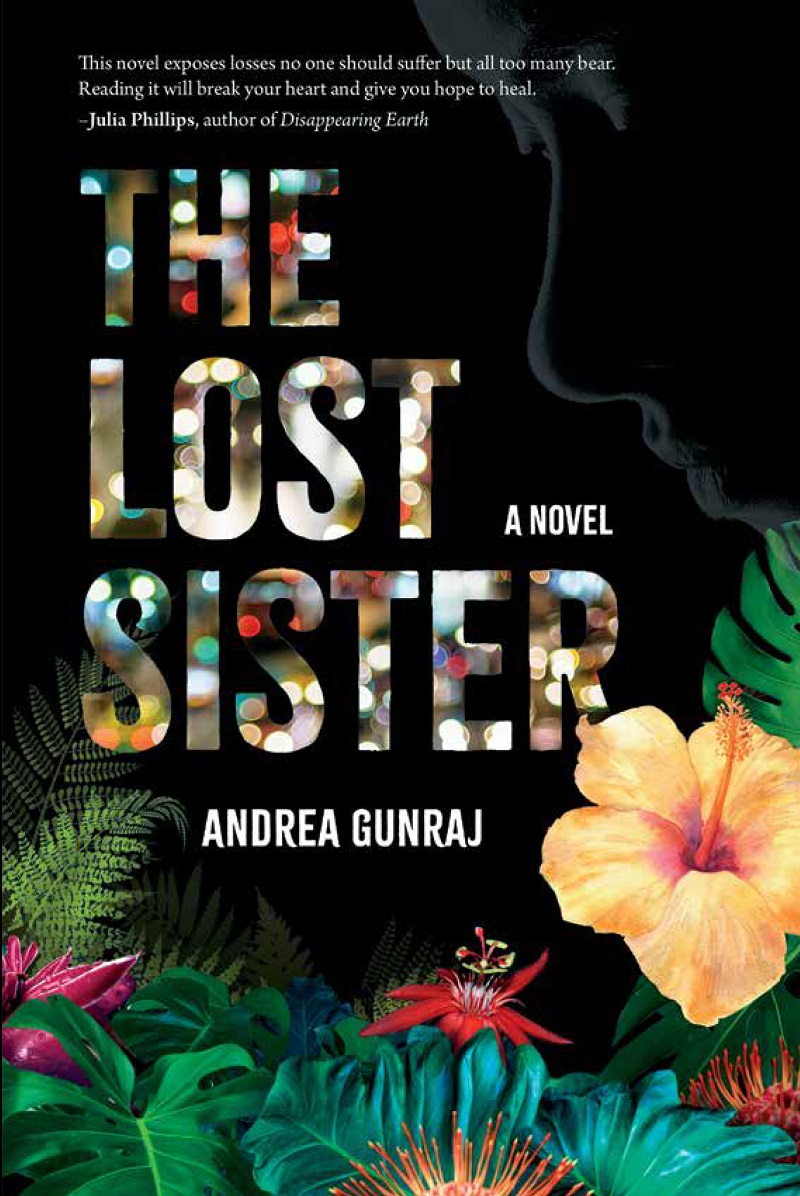 My new novel, The Lost Sister, was published by Vagrant Press in 2019.

Alisha and Diana are young sisters living in Jane and Finch, a Toronto suburb full of immigrants trying to build new lives. Diana, the eldest, is the light of the little family and the one Alisha longs to emulate more than anyone else. When Diana doesn’t come home one night, Alisha becomes haunted. She thinks she knows what happened, but can’t tell anyone about it.

Unable to handle the loss of their daughter and unaware of Alisha’s secret guilt, the family unravels. It’s only through an unusual friendship with Paula, a woman who volunteers at her school, that Alisha finds reprieve. Once an orphan in the Nova Scotia Home for Colored Children and estranged from her own sister, Paula helps Alisha understand that the chance for redemption and peace only comes with facing difficult truths.

The Lost Sister is partially inspired by my friend’s real-life experiences at the Nova Scotia Home for Coloured Children in Dartmouth, Nova Scotia in the 1940s (read about it in this 2012 Maclean’s Magazine article). My friend helped drive a class action suit with other former residents, which led to a historic apology from the Province of Nova Scotia as well as an public inquiry. My friend also helped me conduct contextual research on the Home’s founding vision to support vulnerable children in Black communities, who were rejected by mainstream institutions that housed white children. The story reflects this history as a complex interplay of the consequences of discrimination, poverty, and systemic racism in the lives of young people, as well as their resilience in survival.

34 works of Canadian fiction to watch for this fall (CBC)

The relationship between sisters can be complicated. That’s why Andrea Gunraj wrote a whole novel about it (CBC Radio, The Next Chapter)

“With compassion, clarity, and enormous talent, Andrea Gunraj tells an epic story of sisters from Guyana to Canada, from the Nova Scotia Home for Colored Children to the University of Toronto, and from 1938 to the present. This novel exposes losses no one should suffer but all too many bear. Reading it will break your heart and give you hope to heal.” (Julia Phillips, author of Disappearing Earth)

“Two women, mysteriously connected, pulled me into their stories page by page. I could not stop reading for a minute until the stories became one story beautifully resolved.” (Linda Spalding, author of The Purchase, Winner of the 2012 Governor General’s Literary Award)

“In clear, resonant language, blending present and past, inner turmoil, outer pleasures, and occasional torment, Andrea Gunraj tells the haunting tale of three generations of women. In a skillfully measured dissection of experiences, we see the world, mysterious in its deceit and intrigue, through the eyes of children, and share in their rivalries and remorse. A deeply felt story that balances the realism of its content with the tenderness of its treatment.” (Karim Alrawi, author of Book Of Sands: A Novel of the Arab Uprising)

“The Lost Sister is a carefully crafted collision of loss and family and pain, intertwining history and culture and place through a brilliantly deliberate life dance.” (Wanda Taylor, author of The Nova Scotia Home for Colored Children: The Hurt, the Hope, and the Healing)

“A finely crafted story about forgiveness and redemption between two sets of sisters, this novel’s beating heart is the longing that comes from missing someone you love. The Lost Sister is both a mystery and a coming-of-age story that is as compelling as it is empathetic.” (Harriet Alida Lye, author of The Honey Farm)

“Gunraj has done an exquisite job creating that complex relationship that sisters share and portraying it in two very different storylines. Gunraj has written a story that is both heartbreaking and heartwarming.” (Kaylie Seed, Cloud Lake Literary)

“I urge all Canadians and fans of historical fiction to read this novel when they can. It will not be a disappointment.” (Michaela Keegan, Girly Book Club)

I’ve written a chapter in Sexual Violence at Canadian Universities: Activism, Institutional Responses, and Strategies for Change, edited by Elizabeth Quinlan, Andrea Quinlan, Curtis Fogel, and Gail Taylor and published by Wilfrid Laurier University Press. The book “takes up the topic of sexual violence on campus and explores its causes and consequences as well as strategies for its elimination.” The chapter I wrote is entitled, “Women as experts: Origins and developments of METRAC’s campus safety audit”.

“Model Citizens, in Subdivided: City-Building in an Age of Hyper-Diversity (Chapter, 2016) 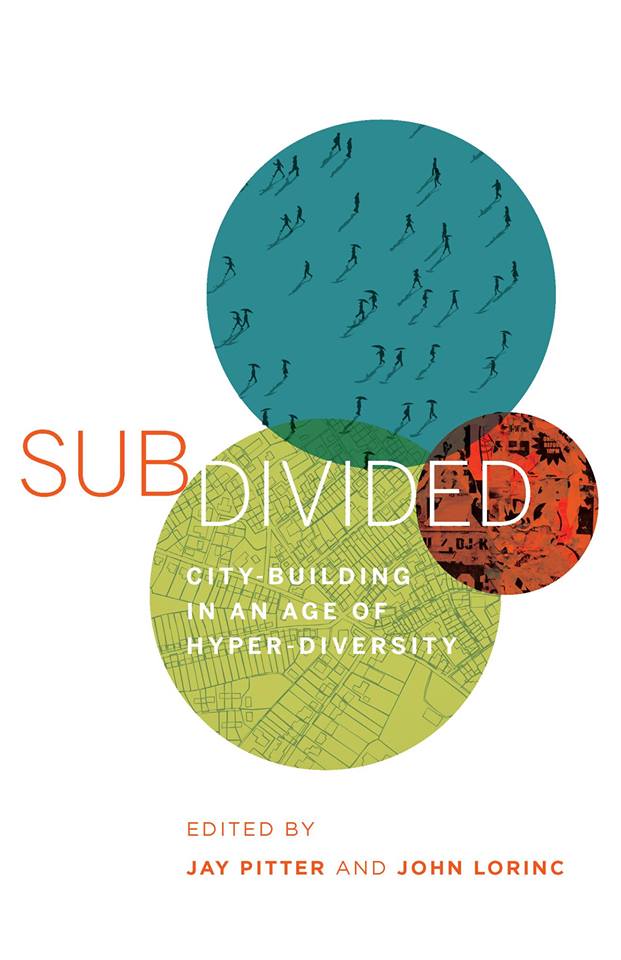 I have written a chapter in Subdivided: City-Building in an Age of Hyper-Diversity, edited by John Lorinc and Jay Pitter and published by Coach House Books (2016). Entitled “Model Citizens”, the chapter explores who tends to be “in and out” in urban civic engagement and leadership. “Using Toronto as a case study, Subdivided asks how cities would function if decision-makers genuinely accounted for race, ethnicity, and class when confronting issues such as housing, policing, labor markets, and public space. With essays contributed by an array of city-builders, it proposes solutions for fully inclusive communities that respond to the complexities of a global city” (Copyright Coach House Books, 2016).

Abstract: “In this chapter, we define basic principles of the anti-oppressive framework and its ethical implications. We position these principles in the realm of game creation and argue for its use — particularly in the development of social issue games that in one way or another seek to spotlight and challenge the typical power imbalances in our society. While we outline some essential theory, we take a practice-based perspective to make a case for and support the incorporation of anti-oppressive principles in game design and development. We feature the work of four game collectives from around the world about their strategies for implementing equity in game/interactive design and development. The chapter closes with broad guidelines to support integration of anti-oppression principles in game creation.”

The Sudden Disappearance of Seetha (Novel, 2009) 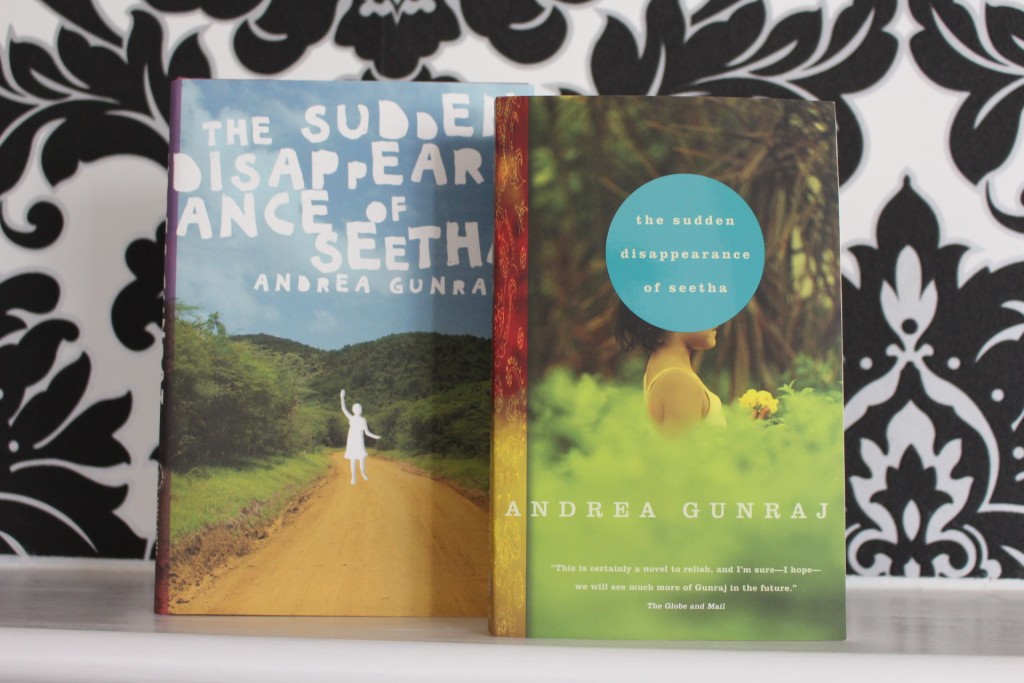 “Andrea Gunraj makes an extremely confident and accomplished debut with her sweeping novel of love, rivalry, family, corruption, magic and friendship. This is the start of a dazzling career. This incredible story begins in the first minutes following a mother’s discovery that her three-year-old daughter has been abducted. These early pages launch us into the mother’s story. Headstrong, defiant, and troubled, Neela navigates a bitter relationship with her genius brother, Navi, and her grandmother, and eventually escapes her stultifying village with the bad seed of the town to a new resort development in the heart of the Caribbean country’s rainforest. Jaroon soon comes to embody the corruption that festers in this alienating place. When Neela, now the young mother of Jaroon’s child, grows afraid of his unpredictable brutality and leaves him, she sets into motion a terrifying chain of events that changes all those who know them” (Copyright Random House of Canada Limited, 2006). This book was published by Knopf Canada.

“Andrea Gunraj’s debut novel, The Sudden Disappearance of Seetha, is wonderfully accomplished. It is a riveting, often violent tale of the lives of girls who grow to be women in a fictional, politically corrupt Guyana … This is certainly a novel to relish, and I’m sure — I hope — we will see much more of Gunraj in the future.” (Michelle Berry, Globe and Mail, February 24, 2009)

“In this impressive Canadian debut, a young Guyanese woman steps out from under the shadow of her brother by running off with the local bad boy. Gunraj isn’t afraid of dark subjects – jealousy, violence, regret – but she keeps a grip on her optimism, too.” (Danielle Groen, Chatelaine, April 2009)

“Just a few paragraphs into The Sudden Disappearance of Seetha, the debut novel by Andrea Gunraj, are enough to captivate and transfix the imagination of a reader.” (Noor Javed, Desi Life, June 9, 2009)

“And if my [interpretation of the book] doesn’t quite cut it for you, well, this rich text provides plenty of material from which to form an alternate theory.” (Niranjana Iyer, Herizons, Summer 2010)

“Andrea Gunraj’s debut novel is a tale of innocence and experience … Gunraj’s true facility as a storyteller [is] her ability to humanize the freak as well as the villain.” (Tobias Atkin, The Rover, May 23, 2009)

“As Neela hurtles from one crisis to another, her special power waxing and waning, you find yourself anxious to find out if she, too, will pass her power on to her daughter Seetha.” (Bookworm section, Desi News, September 2009)

“The Sudden Disappearance of Seetha announces the arrival of a wonderful storyteller. The dynamics of the relationship between Navi and Neela, a brother and a sister, and how their individual lives play out show that fate is unalterable depending on one’s social standing in life. Andrea Gunraj has written a book that once you pick up, you won’t be able to put down – a thrilling and excellent read.” (Musharraf Ali Farooqi, author of The Story of a Widow)